A Foundation for Success

Founded by Dr. Bri Ribaj, Grammaticos, the larger banner, started as a personalized in-class and virtual learning program in the Pacific Northwest and has since grown to become a comprehensive learning system that caters to students of every age throughout North America, Asia, and Europe. 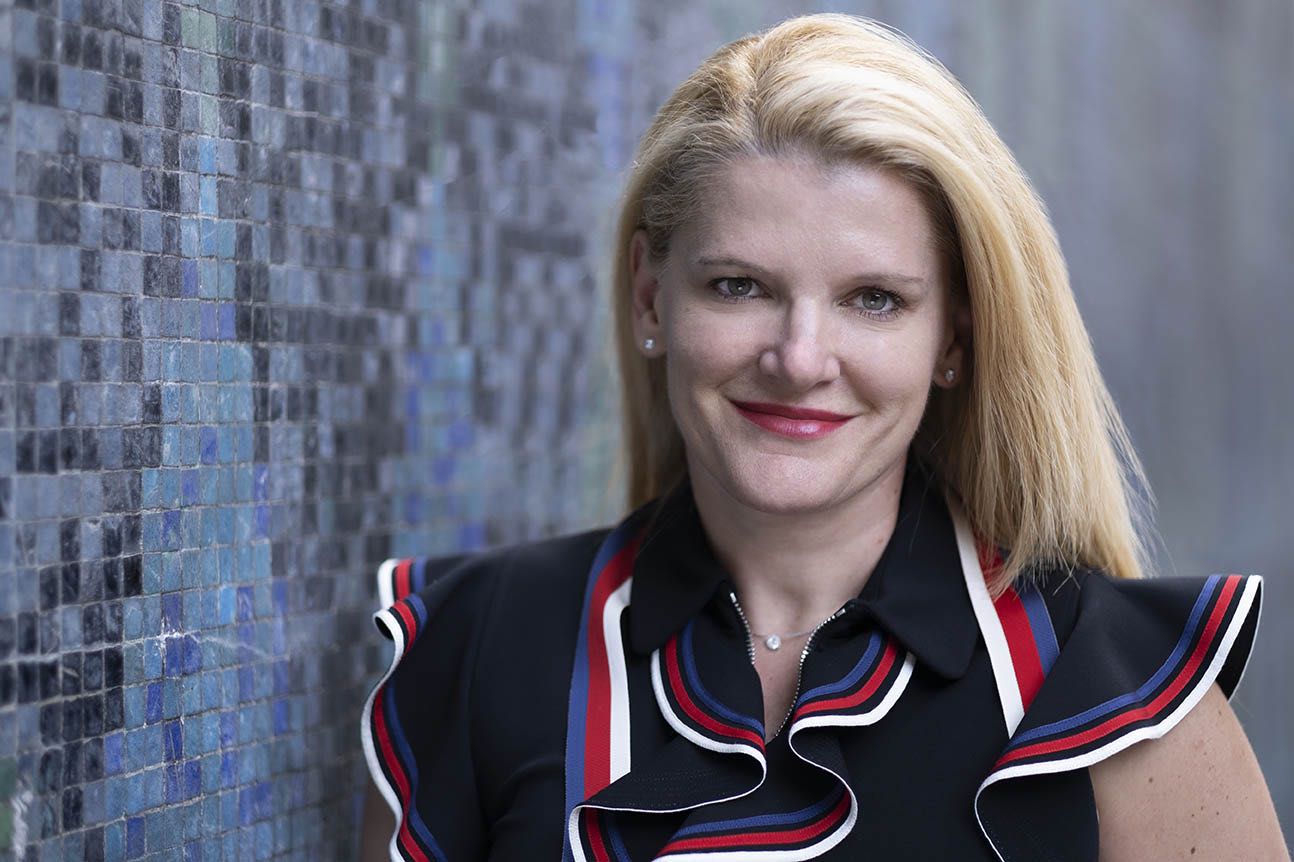 Dr. Bri is an award-winning Humanities professor and published author. Her formidable track record of success spans both higher academia, education consultancy, as well as the private sector, having led thousands of employees across the Telecommunications and Consumer Finance sectors.​

After receiving her Doctorate of Philosophy from the University of Utah (2006), Dr. Bri taught and researched at The Ohio State University where she developed new MA- and PhD-level graduate courses as well as tens of Humanities undergraduate courses. In addition to Ohio State, she has taught at Wayne State University, the University of Utah, and Brigham Young University. After a successful career in higher academia, Dr. Bri entered the private sector managing large teams in Telecommunications for both BCE and Telus, Consumer Electronics, as well as Consumer Finance.

She has been published in a number of highly reputable, peer-reviewed journals and has delivered tens of addresses and invited speeches across academia and business.

As a business executive, Dr. Bri clearly saw a need in the corporate space for more effective training to facilitate written and verbal communication, across all levels of management and leadership. While there, she created a Performance Management tool aimed at helping her teams learn new product information quickly and organically and smartly bring it to the customer base so they could best learn the features and benefits of new products and services. After leading all of her immediate teams across three different industries to unprecedented success, she founded Grammaticos and iGPS which synthesizes her extensive educational experience and qualifications in higher academia with her unique business acumen and perspective. Following the adage that ‘we expect what we inspect’ while in the business sector, she brought this behavior to the education management model as well. Our students learn through the program how to measure their work daily and how to achieve their goals by employing a fragmentation model and tracing their progress step by step. 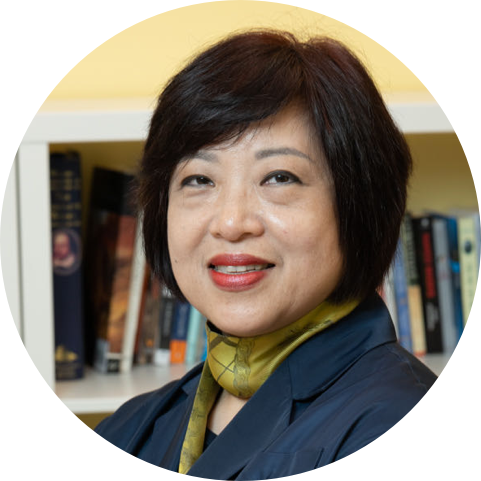 Lisa Tang oversees Marketing for iGPS as Chief Marketing Officer after successfully lending her expertise, incomparable work ethic, and love of education to all the other members across the Grammaticos banner. Ms. Tang has an uncompromising love for learning and education having spent the entirety of her adult life contributing to the amelioration of education having sat in a number of boards, having supported educational efforts across K-12 for the better part of two decades, and after helping found, develop, and see to incredible success a number of businesses in the private education sphere.

She has a number of passions within the realm of education but one that stands out is Client Experience. Her warm presence, caring predisposition, and genuine desire to see every student reach their potential, helps her connect naturally and instantly with all of our clients.

Ms. Tang has created a system of measuring centring around Client Experience quality control which works in tandem with our pedagogy team as we carefully track, measure, and deliver top results for all of our clients.

A tireless advocate for quality education and a lover of learning, Ms. Tang believes deeply in the importance of building robust foundations of learning for the purpose of having all the necessary tools to succeed not only academically but also in life.

Ms. Tang and her team focus their efforts on both aspects of our business, the in-classroom experience in North America as well as our virtual learning which spans across continents supporting students across ages and skill levels. 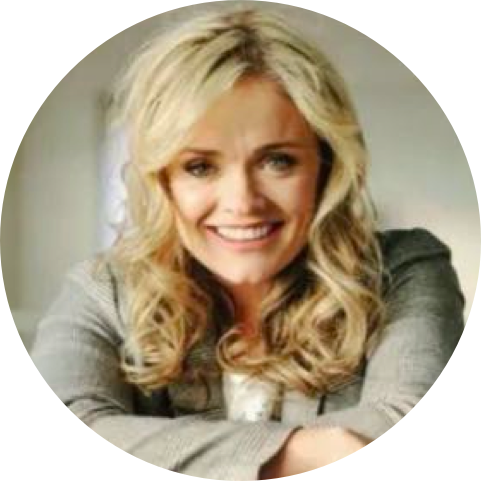 Born and raised in Salt Lake City, Camille has visited more than 70 countries and speaks German and Italian. She also spent years living in South Africa, Germany, Switzerland and Italy prior to and while pursuing her Master’s degrees at the University of Utah and Utah State University and later her Ph.D. at Gonzaga University in Spokane, Washington.

Camille taught undergraduate and graduate courses in English as a Second Language, Language Acquisition, German, Business, Marketing and Leadership. She has a great passion for languages, pedagogy, and helping students achieve their academic and life goals.

Camille also enjoys sports and has run a marathon on all seven continents. She currently lives in Zurich, Switzerland with her sweet husband and little adorable dog, Molly. 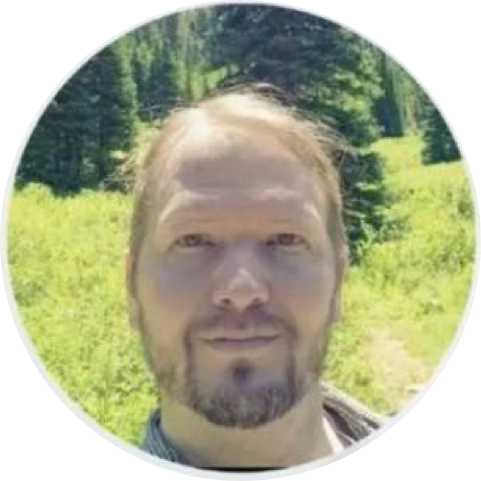 Kamren hails from Cache Valley in northern Utah. As a child, he excelled both as a student and as a musician and took every chance to explore the world around him. He studied at Utah State University and Brigham Young University, with additional studies in Poland and Ukraine. Kamren’s primary studies were in Russian, German, and linguistics, with a particular interest in historical and comparative Slavic and national and linguistic restoration within the German and Slavic regions. Additionally, he spent two years working and teaching in the Czech Republic.

He supports courses on the fundamentals of reading and writing, as well as select courses including Early Literature, Shakespeare, and Advanced Placement-level English and History. His instructional approach is interactive, high-energy, collaborative, and creative.

He has performed with Utah Festival Opera as well as with the American Festival Chorus and Singers and has experience and training in vocal pedagogy.

In addition to entertaining his many interests, Kamren still never tires of wandering the mountains surrounding his home and finding restoration there. He also enjoys studying traditional and folk healing arts. 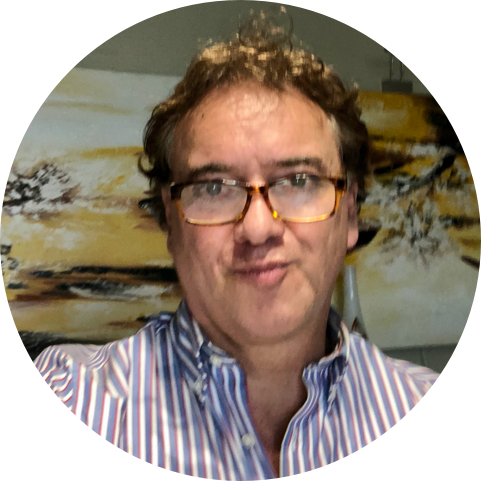 Jorge Paez is a language instructor from Argentina, currently living in the US. He has a BS in Social Science with a Minor in French from Westminster College and an MA in Languages Literature with French emphasis from the University of Utah.

He has taught French and Spanish at this institution. Jorge is also a translator and interpreter for the Utah State Court system and has extensive experience in international business. He has worked for companies like Oracle, American Mr. Jorge Express, Iomega (now Lenovo), and Matrixx Marketing. Jorge enjoys the outdoors, swimming, yoga, and high-intensity training. He has a passion for travel and exploring different cultures. 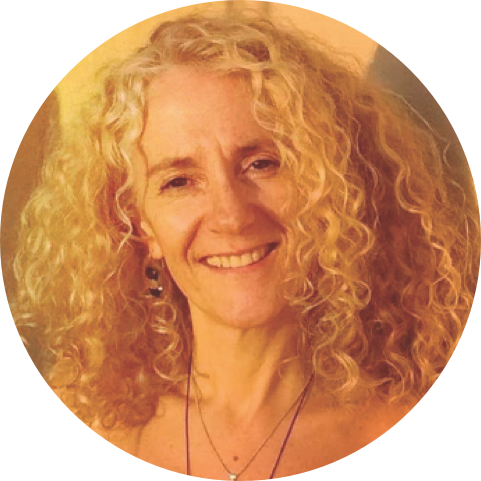 Annissa was raised in Paris and has lived and studied in Utah and Colorado in the United States of America where she pursued a Master’s Degree in French and Language Acquisition while travelling on all five continents. She has taught undergraduate French at the University of Utah as well as all levels of secondary French including IB French, AP French and beginner Spanish.

She coached creative and healing arts for well-being and lifestyle, and as a nationally certified tourist guide in Provence, France and an artist, she now shares her knowledge and passion of French provincial culture teaching and giving tours of the region for the discovery of its art, cultural history, architecture, and gastronomy. 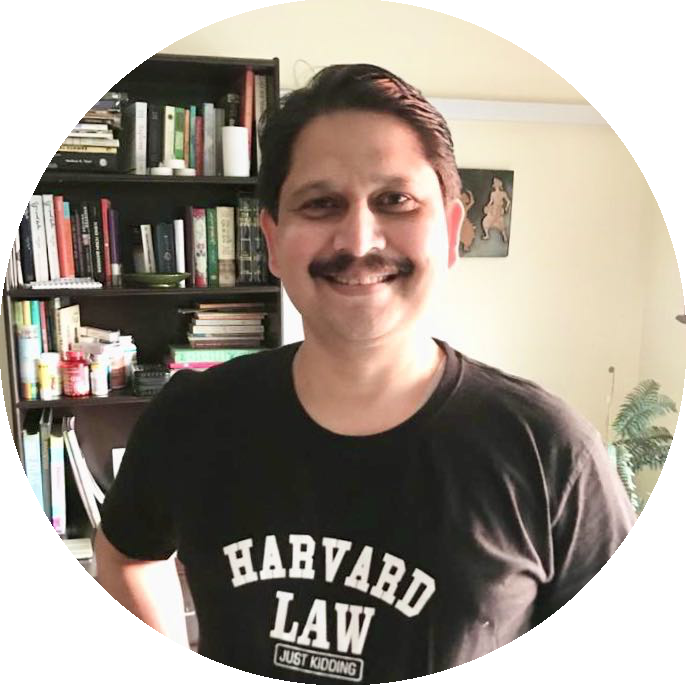 Asif received his early education at Aitchison College Lahore, which is about 150 years old and is considered to be one of the finest boarding schools in South Asia.

He went on to get a Master’s degree in English Literature, a Bachelor’s degree in Education and a Cambridge Certificate in English Language Teaching to Adults – CELTA. He has also done various teaching courses from Australia, UK, China and Canada. He has been teaching English Language and Literature since 2004 which include his 16 years of teaching at an international school in Beijing, China which had students from more than 52 nationalities of the world.

Owing to his qualifications, experience and leadership qualities, Asif has simultaneously held administrative positions of Head of English and Vice Principal.

Asif believes in activity and project based learning which centers around students which is why his classes are interactive, fun and enjoyable.

He is an ardent supporter of the use of inquiry and technology in teaching and learning and his favorite maxim is W. B. Yeats: “Education is not the filling of a pail, but the lighting of a fire.”

Apart from English language and literature, Asif’s academic interests include test prep such as IELTS, AP Comparative Government & Politics, US Government and Politics and Human Geography.

Asif has a passion for travel and enjoys yoga, meditation and hypnotism.

Asif lives in Burnaby, British Columbia with his wife and two teenage children. 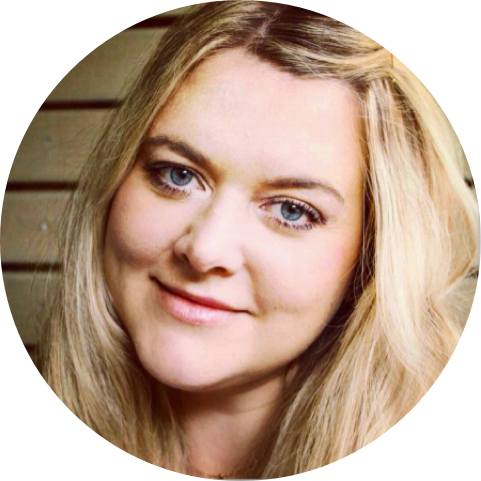 Annabelle was raised in a German-speaking family in Geneva, Switzerland, in the French-speaking area of the country. Growing up in a linguistically diverse setting, surrounded by different languages and cultures, instilled in her a natural love and passion for linguistics. The cultural diversity she was born into made her appreciate other people, countries, and ways of life which is something she puts to practice every day as a citizen of the world.

Annabelle is United States-educated, earning her degree of Bachelor of Fine Arts at the reputable Brigham Young University which is a world-renowned institution for its Linguistics Undergraduate and Graduate programs. Passionate about languages and culture, she now lives near Zurich in German-speaking Switzerland where she raises her six-year-old, trilingual daughter, Rose. 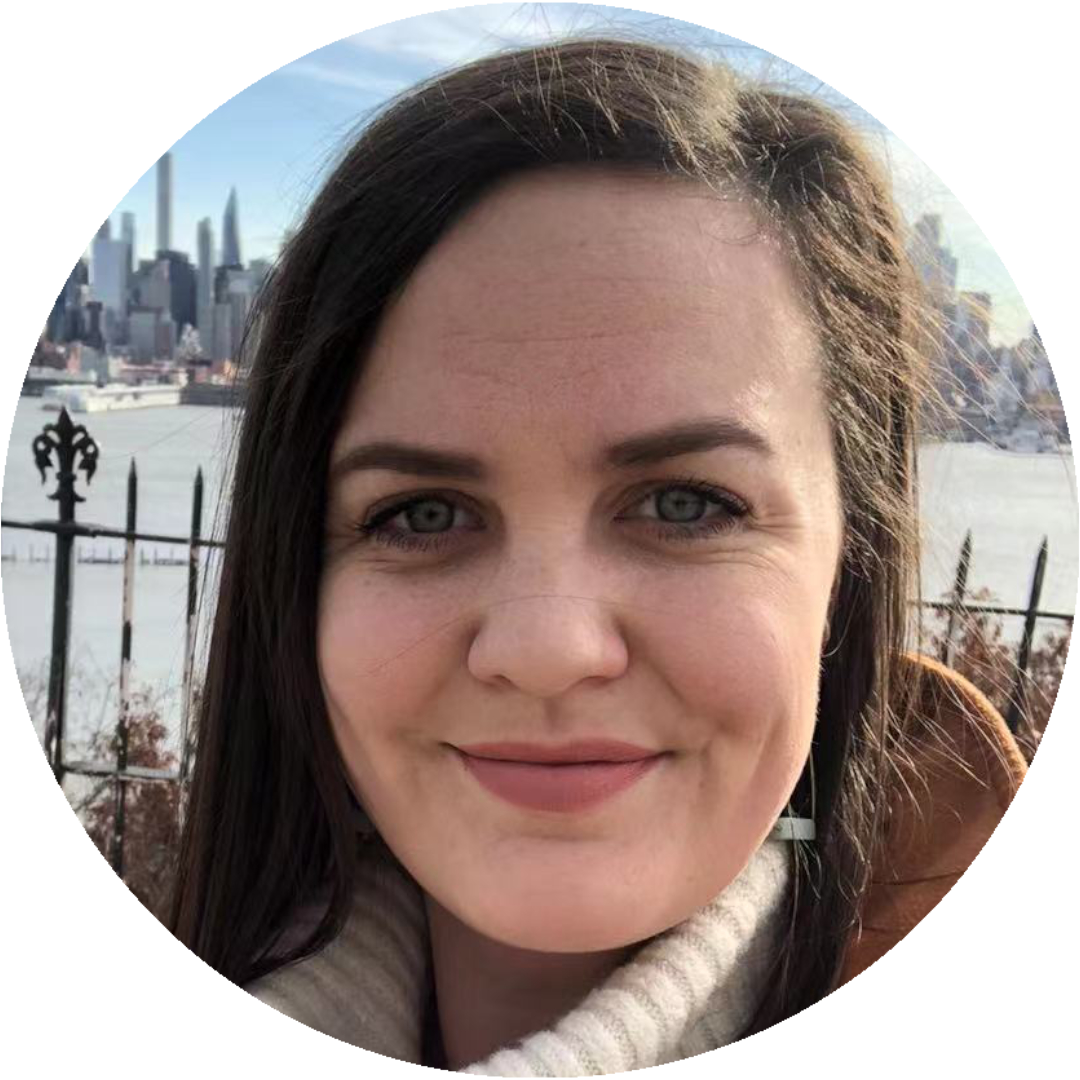 Katy is a graduate of the University of Washington in Seattle, where she double-majored in English and Communication, then went on to earn her Master’s in Teaching. She spent five years as a high school ELA teacher in Massachusetts, before returning to her west coast roots.

She is passionate about collaborative and inquiry-based learning, and strives to challenge each student to meet their goals. 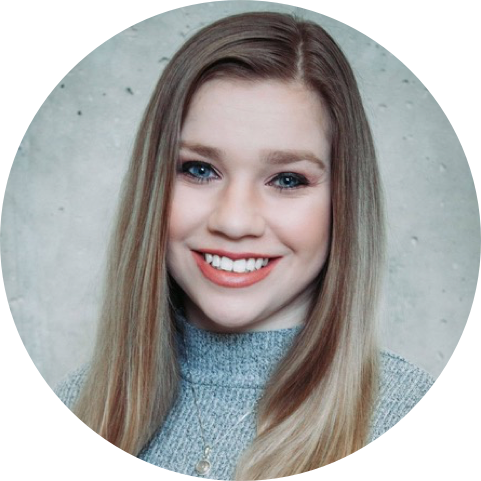 Heather is a graduate of Queen’s University with a Bachelor of Arts Honours degree in English Language and Literature, and History.

She also holds a Bachelor of Education from Queen’s University and is certified to teach by the Ontario College of Teachers.

Starting in January 2021, she will begin studying to obtain her Master of Education at the University of Ottawa.

Heather has taught in a variety of settings, including working with at-risk youth, international students online, as a Literacy Coach, and in rigorous academic programs while traveling through Europe.

Her pedagogic approach centers on literacy for all, as she believes that reading and writing hold the key to success and to creating global citizens.

She has spent many years figure skating as both an athlete and coach for Skate Canada, and has a passion for travel, photography, and exploring nature. Heather grew up and lives in the historic city of Kingston, Ontario, Canada with her little dog Darcy and nearby to her family. 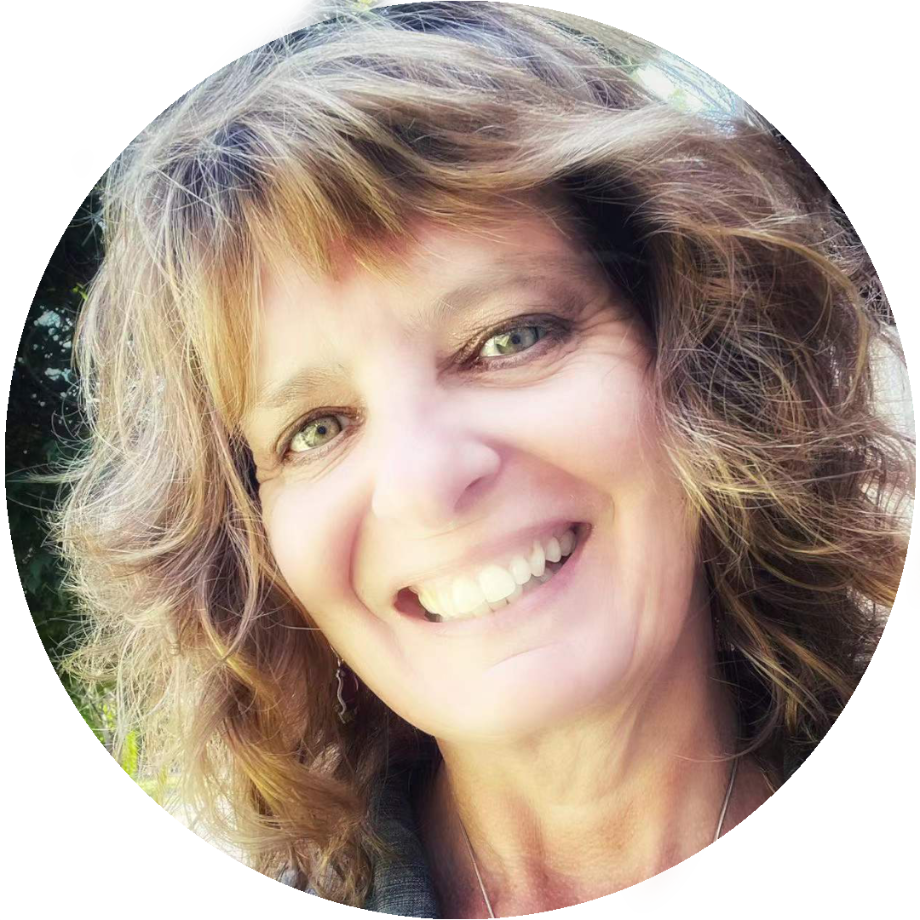 Carol Auld AOCA, MA, TESL/TEFL has taught students of all ages and diverse backgrounds in art, ESL and academic skills. Carol has taught at a wide variety of public and private institutions over the years in Quebec, Toronto and British Columbia. A consummate professional, she brings creativity and humour to her teaching approach, ensuring that students achieve their educational goals. She is dedicated to instilling a love of reading, writing and critical thinking in her students, skills that help students reach their true potential. For her, education is a lifelong process that she is committed to and she motivates her students to take up the challenge of ongoing self-reflexivity and critical engagement in their studies and their daily lives. 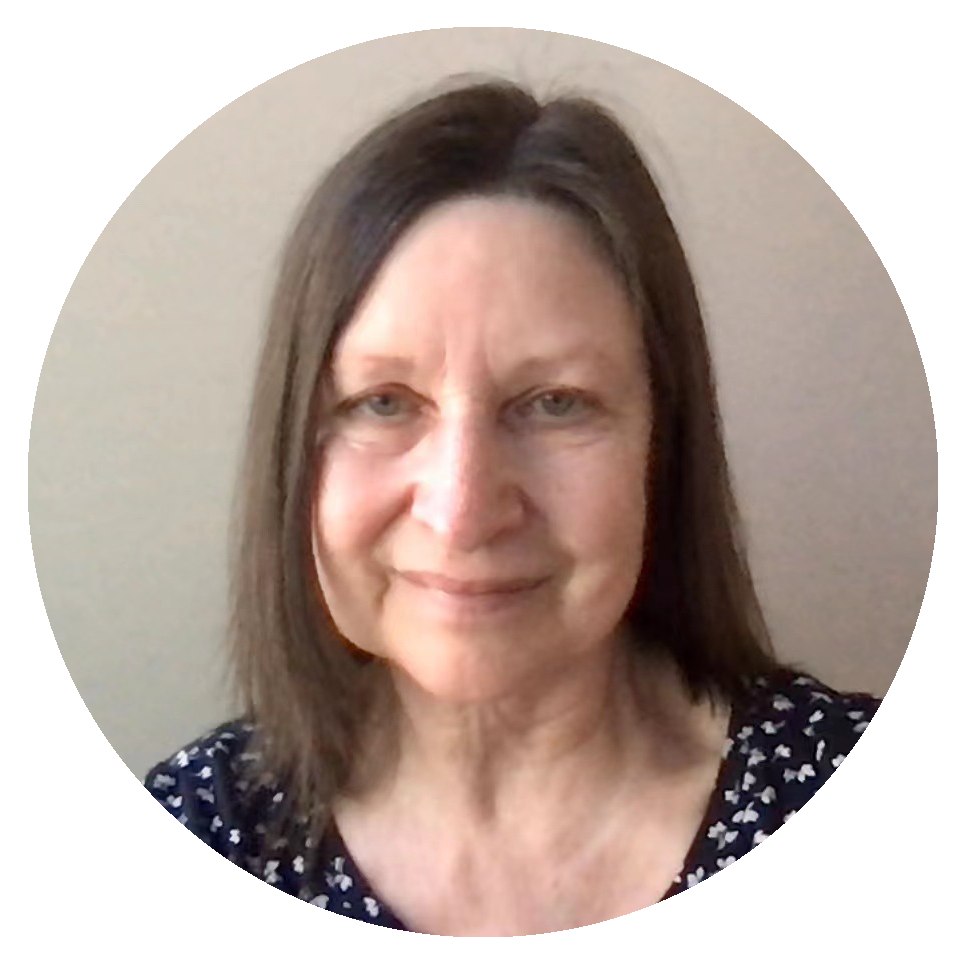 Paula Elizabeth Cole returned to Vancouver after teaching English to University students in China for a number of years. She then completed an MEd in Open, Digital, and Distance Education from Athabasca University while developing online learning programs on WeChat. Her research is based on student confidence and motivation integrated with peer learning and her paper is a presentation at the 10th Pan-Commonwealth Forum on Open learning.

Prior to working in education, Paula finished a BA in Communication from Simon Fraser University and obtained a certificate in Documentary Film from Capilano University. As a filmmaker and storyteller, and led a team to produce a successful weekly television program highlighting the news and events in Vancouver.

Paula is passionate about understanding cultural diversity and loves to travel. As well as traveling through Asia, she has done volunteer work at schools in India, Myanmar and Cambodia.